Buy 3 get 15% off
Free Shipping on All Products.

Not all pullovers are called Hoodies

When I first saw the word hoodie, I always thought of hoodlum (thug, punk) in my mind, and there is a reason for that association. Will talk about it in a moment.

Today we all know a hoodie as a fleece top or sweatshirt with a hood. But there are several related clothes nouns that many people can't tell.

I hope this small article today can help you understand the English and differences of several common clothes. 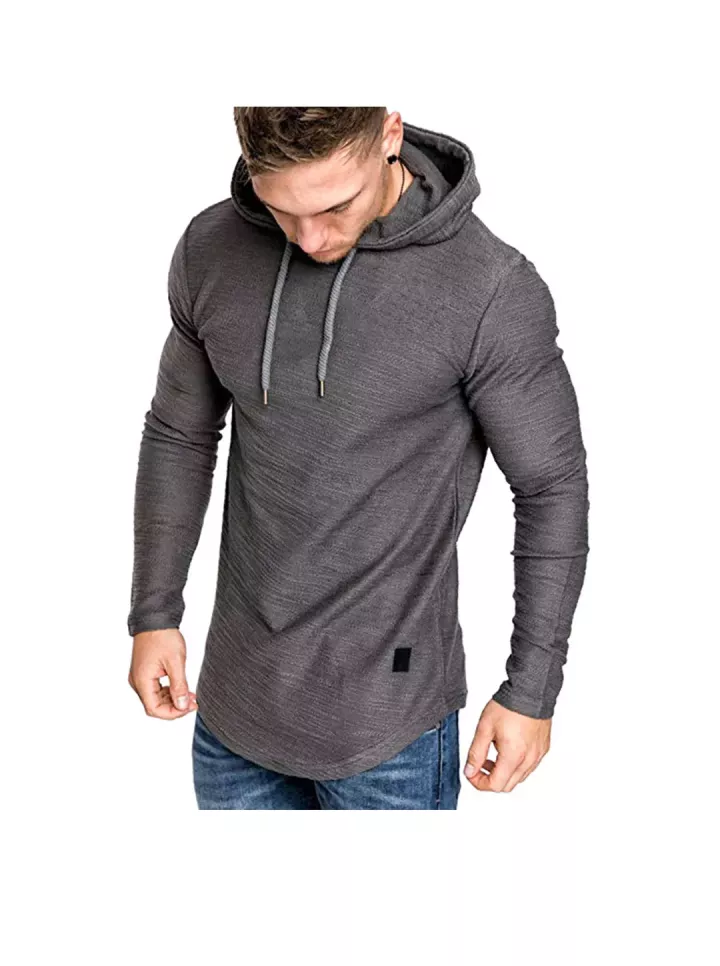 Sweater is a general term for sweaters and woolen sweaters.

The pullover sweater is called a turtleneck (described as a turtle's neck), and the cardigan sweater (cardigan) is called a cardigan.

Turtleneck is a sweater with a high rolled collar that is turned down and covers some parts or most parts of your neck.

The names of clothing styles are a bit of a mess, and the same word often refers to different clothes in British and American English. This point will be discussed in a later article.

Hoodie can also be written as hoody, which is less common but correct.

What qualifies as a hoodie?

Hoodie also has a feature: Hoodies often include amuffsewn onto the lower front, and (usually) adrawstring to adjust the hood opening.

The front part of the Hoodie's abdomen usually has a piece of cloth that forms a gap with the clothes, which is where people warm their hands when it's cold. Muff originally meant to refer to the kind of thick gloves that motorcycle riders put on the handlebars in winter. So the muff on the hoodie is also called handwarmer.

*Ear muff is the kind of ear cap used in very cold places, which is specially used to warm ears. Northeast readers must know.

The third characteristic of Hoodie is that a rope (drawstring) is worn along the lower edge of the hat, and the two ends are exposed on both sides of the neck, which is used to adjust the opening size of the hood.

Clothes with the above three characteristics are called hoodies. Otherwise, they can only be called sweatshirts.

*Some Americans use sweatshirt and sweater as synonyms, but the biggest difference is that the former generally refers to sweatshirts, while the latter refers more to thick sweaters.

According to the way of wearing, hoodie can be roughly divided into two categories: 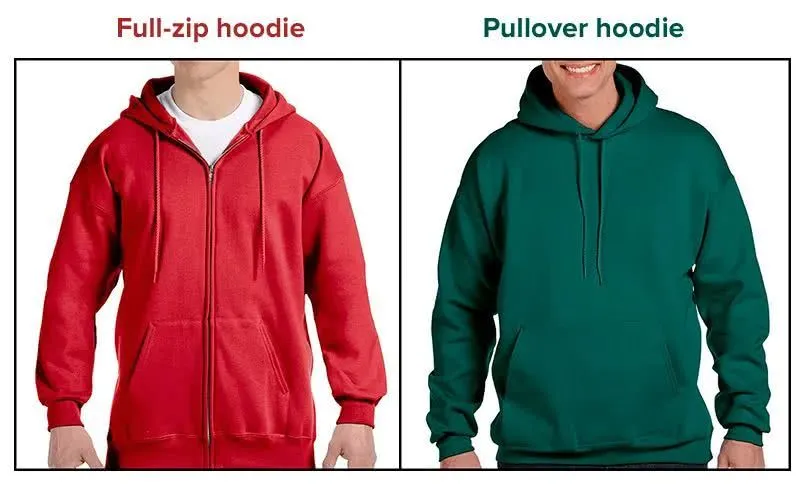 At the beginning, I said that when I first saw the word hoodie, I always thought of hooligans. In fact, this association makes sense.

Let's take a look at the origin of the hoodie clothing.

Both Hoodie and hood are derived from Old English, and they both refer to hats, the same as the etymology of hat.

This kind of clothing was first worn by priests in medieval Europe. After it was introduced to the United States, it was mainly worn by warehouse workers in the 1930s because it kept warm.

After the great development of American Hip-Hop culture in the 1970s, it gradually became popular among athletes and rock singers. Later, it was generally accepted by young people and became the most popular streetwear for young people in the United States.

Because the hoodie can cover the entire head and even the face of a person, this kind of clothing is often used for gangsters and bad guys in film and television works. It is true that many street youths like to wear this kind of clothes. So in some places, such as banks and other places, it is not allowed to wear a hat when entering with a hoodie.

Of course, this is only an extreme situation. It is no problem for ordinary people to wear hoodies in their daily life.

Not all pullovers are called hoodies.

The three characteristics of the Hoodie are - a hood, a hood with an adjustment rope (drawstring), and a hand warmer (muff) in front of the abdomen.